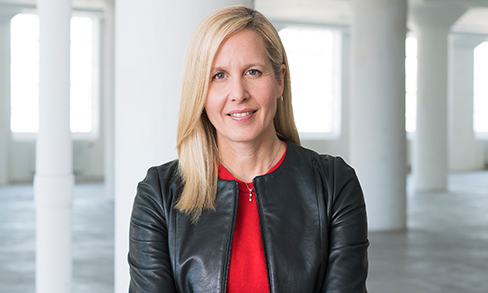 With a strong reputation that goes well beyond Canadian borders, Isabelle Bettez vigorously contributes to the promotion and advancement of Quebec’s information technologies sector.

In July of 2000, Isabelle and her brother Jean-Sébastien partnered to found and build 8D Technologies, a high-tech firm that develops Machine-to-Machine (M2M), Point-of-Sale (POS) technologies that rank among the world’s most advanced for wireless, real-time electronic payment, employed in large-scale commercial parking solutions and bike share systems. This wireless, solar, point-of-sale solution is the foundation of BIXI’s 4th generation cutting-edge bike share system.

Under her leadership, the company has experienced tremendous growth and has deployed its solutions across four continents. 8D’s technology has received numerous international awards, notably the prestigious Duke’s Choice Award from Sun Microsystems. It has also been mentioned on Time Magazine’s list of 50 Best Inventions of the Year, and has received the Gold Edison Award in Energy & Sustainability at the distinguished Edison Best New Products Awards.

In February of 2017, following the merger with Motivate International, a company based in New York City that operates and owns bike share systems in some of the densest urban centers in America, including New York’s Citi Bike, Isabelle joins Motivate’s Board of directors. The merger proved to be an extremely valuable opportunity for Montreal-based talent to stand out internationally, strengthen the city’s leading role as a technological hub, and consolidate 8D’s global reputation as an innovative and visionary organization.

Also known for her profound involvement in the community, Isabelle currently sits on the Board of directors for the Fondation Montréal inc., whose goal is to support entrepreneurs 18 to 35 years old, for the École d’entrepreneurship de Beauce and the Chamber of Commerce of Metropolitan Montreal. Her profile of an international entrepreneur makes of Isabelle a valuable, sought-after speaker frequently invited at numerous conferences on technology, commercialization and entrepreneurship in North America and Europe. Recently selected as ambassador for the technopolys movement to promote Quebec’s technology industry, Isabelle acts as a facilitator that assembles and organizes the voice of the industry’s numerous stakeholders.

Isabelle is an alumna of the renowned HEC Montreal business school, and has been honoured in multiple occasions for demonstrating the most outstanding technological innovation and corporate leadership, which has so proudly expanded the frontiers of Canada’s advanced technology industry.

Isabelle is also the mother of sixteen-year-old twins.