After an intense 25 days of problem solving, cooperation, ideation, open innovation, prototyping, and pitching, winners will be announced tonight, November 1st, 2018! Over 1000 people participated in Canada, more than 200 teams were formed and nearly 125 teams pitched at the semi-finals. 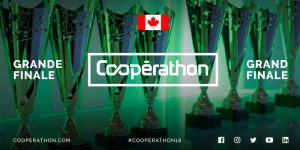